First of all, Abelle’s “look” never fails to make me smile … I think it comes from preferring to watch Top Model rather than Dora as a wee tot. When it comes to posing and expression — she pulls it off effortlessly.

This was nothing like the shot I had in my head, but the storm clouds rolled in and I had about five minutes and I was determined to take a picture of something. I’d already hauled a ton of gear home from the studio.

So, here she is standing on a small foot stool to give her length, with a gridded softbox camera right.
She is wearing a $2 tank top from Walmart and holding a $6 umbrella from Family Dollar. The skirt is slightly more expensive, I got it from Shabby Apple in New York. I could shop for props and conceptualize shoots until the cows came home, I just love it.

More to come this summer. 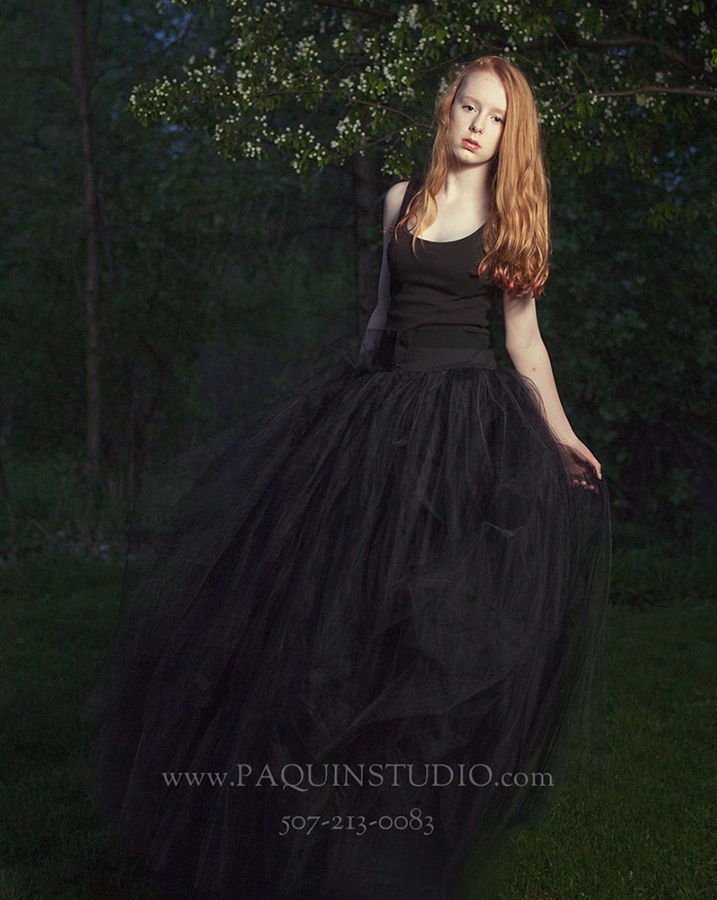